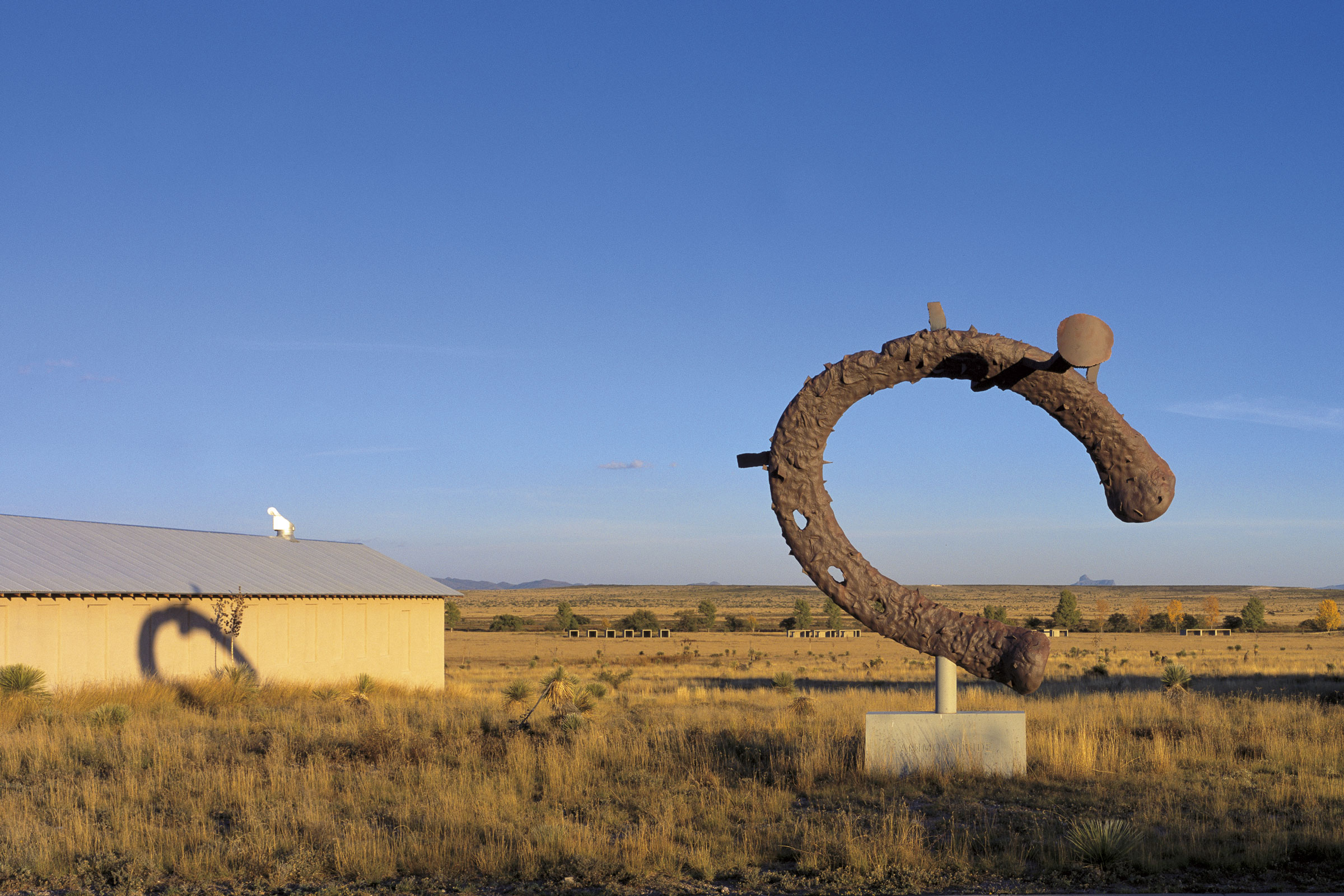 Claes Oldenburg and Coosje van Bruggen were longtime friends of Donald Judd. During a visit to Chinati in 1987, Judd pointed out a crumbling concrete marker on the grounds of the former fort that indicated the grave of Louie, the alleged last cavalry horse who was laid to rest in 1932. As a gift to the museum, Oldenburg and van Bruggen created their version of an equestrian sculpture in 1991. It represents an alternative monument to Louie and a sly reference to the former military history of the site. It is inscribed, as was the former marker, with the phrase Animo et Fide or “spirited and faithful.” The work is made from aluminum and polyurethane foam painted with a high performance Fluoropolymer in a custom color called “Horseshoe Brown.” It measures 20 x 18 x 13′.